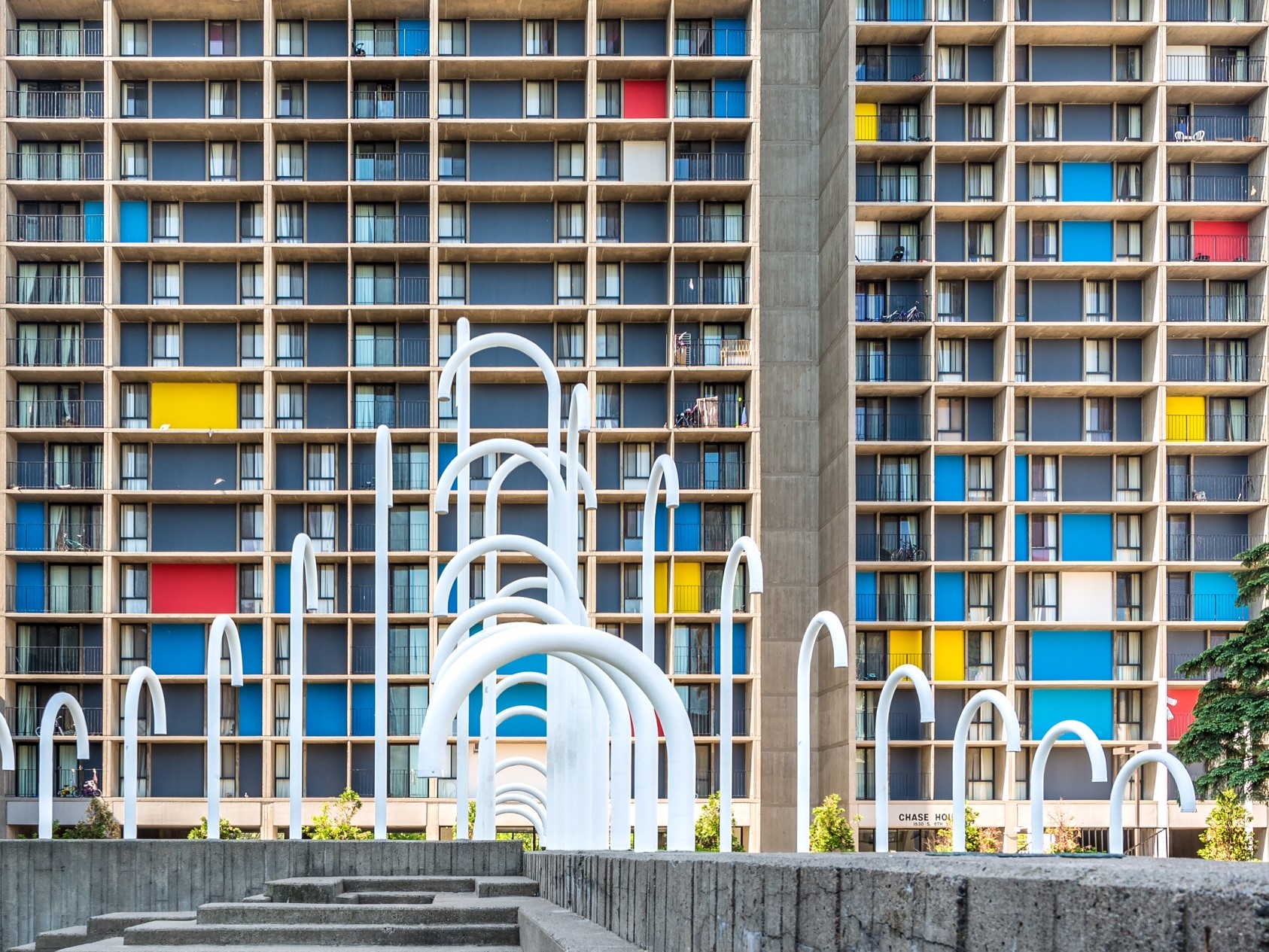 Riverside Plaza was constructed in 1973 as a part of the “New Town—In Town” model designed to seamlessly integrate housing, jobs, arts and recreation, shopping, education, and even health care to create a “city within a city” for working class residents. Community members didn’t like the idea of an “artificial community” and massive protests ensued. These protests stopped construction of 8-10 more plazas with similar designs to Riverside Plaza.

In the 1980s and 90s, a wave of refugees, asylum seekers, and immigrants from Vietnam settled in the apartments. A second wave came from East Africa following the Civil War in Somalia and civil unrest in neighboring Ethiopia and Eritrea.

The six high-rise apartment buildings of Cedar Riverside Plaza house approximately 4,500-5,000 residents. Currently, 80% of the residents are immigrants and refugees from East Africa, mostly from Somalia. Roughly 18% are of Southeast Asian descent with a small number of Latinos/Chicanos and African Americans. 70% of the residents live at or below the federal poverty level, and many help to financially support their families living in refugee camps in their countries of origin. Residents at Riverside Plaza formed the Riverside Plaza Tenants' Association (RPTA) to advocate for their needs and interests. As a result, RPTA established The Cedar Riverside Adult Education Collaborative (CRAEC) to serve Riverside Plaza tenants as well as English language learners in the surrounding area. CRAEC classes currently meet in the E, F and M buildings, as well as at Brian Coyle Community Center just across the street.

Many of the original community and commercial spaces in Riverside Plaza have been converted to other uses over the years, including classrooms for CRAEC. Additionally, Cedar Riverside Community School (K-8) serves the needs of the Riverside Plaza residents and other nearby families. The Riverside Plaza apartment complex currently houses a grocery store, after-school homework help, child care, a sewing program, Augsburg Health Commons drop-in center and a security office. As the population and needs of the residents of Riverside Plaza fluctuate, the programming and allocation of space will continue to change as well. 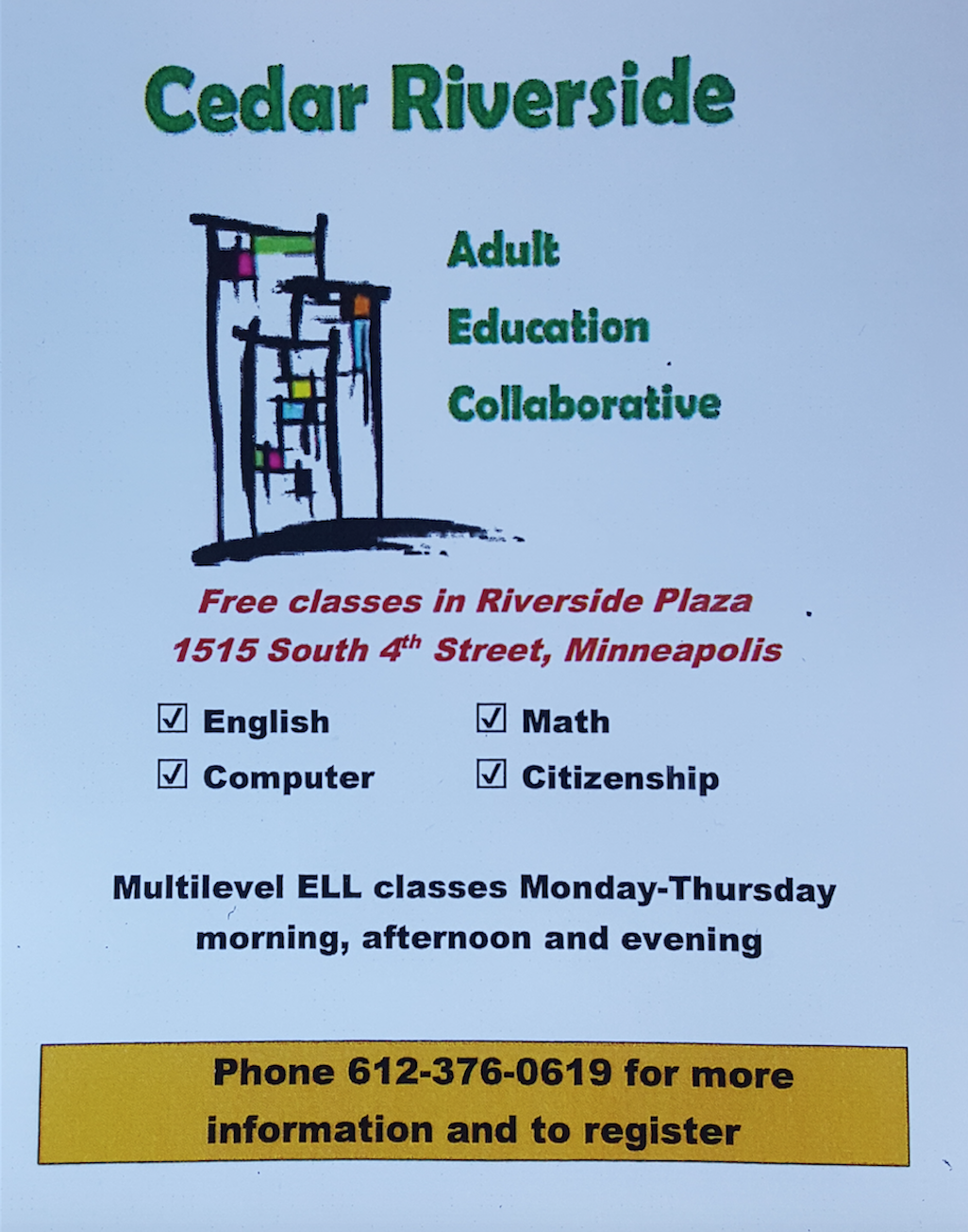